Ajit Mathew George is a serial entrepreneur, opportunity maker, creative marketer, veteran TEDx organizer, food & wine aficionado, philanthropist and certified Dream Builder™ Life Coach who divides his time between Wilmington, Delaware and Virgin Gorda, British Virgin Islands. He has over 40 years of experience in creative marketing, strategic planning, and business development in various arenas from broadcasting and events to non-profits and real estate development. His latest venture is Second Chances Farm, an organization focused on hiring and giving turn key entrepreneurial opportunities to people returning from prison after serving their sentences through the creation of indoor, hydroponic vertical farms – or “plant factories.”

Ajit is the founder of Second Chances Farm, LLC, (www.secondchancesfarm.com) an organization focused on hiring and giving turn key entrepreneurial opportunities to people returning from prison after serving their sentences through the creation of indoor, hydroponic vertical farms – or “plant factories.” Second Chances plans to produce organic produce, year-round, in Opportunity Zones and minimize the carbon footprint of transporting produce.

As the founder of TEDxWilmington (www.tedxwilmington.com) Ajit organized and or produced over 32 TEDx events between 2012 and 2018 featuring 486 speakers from around the world who gave 466 TEDx talks that attracted over 17.5 million views on YouTube.

Ajit is the Chairman of the American Wine Society’s First State Wine Guild. He was also the founder of the MidAtlantic Wine+ Food Festival, which in 2015 consisted of a series of 33 acclaimed food and wine events in 4 states over 4 days featuring 60 chefs + 23 winemakers from 6 continents. He organized this annual Wine + Food Festival for 4 years.

Ajit was Managing Director of Nail Bay Resort, a luxury villa resort, in Virgin Gorda, British Virgin Islands for close to 20 years until December 2009. Over the years, Ajit has been recognized for his many philanthropic activities. He received the prestigious 2007 Award for Outstanding Philanthropic Service from the Association of Fundraising Professionals, Brandywine Chapter.

“If you don’t know how you fit in this world, it is because you are here to help create a new one” 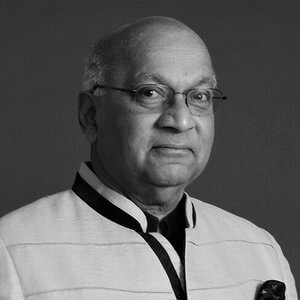 It is customary in the ancient families of Kerala, South India to name their son with the first initial of their father’s lineage. My mother went against this long tradition that traces its origin to 52 AD when the Apostle St. Thomas converted my father’s family into Christianity.My mother named me Ajit, which in Sanskrit means invincible, unconquered, unsurpassed. It is a really difficult to fully live up to the true meaning of my name but it didn’t stop me from trying.

In 1967, my mother started a local chapter of a well-known Children’s League in Kerala where I became its President at age 13. I was made in charge of distributing baby chickens and packets of the new IR8 miracle rice seeds throughout Kerala.

I learned valuable leadership and organizing skills on how to recruit volunteers and organize service projects and manage time and talent to serve others. It was here I understood my calling and the life contract set forth by my mother. With the help of my older sister, I left India at the age of 16 and moved to the United States to go to the University of Delaware with seven dollars in my pocket.

While I am a capitalist at heart, I was never driven by the need to maximize the most amount of money I could make. While I liked good wine, good food and great vacations, I did not make accumulating wealth my success indicator. Let me share a story from my father’s family. My grandfather once returned a cooking vessel full of gold coins he found on his property to the Maharaja of Travancore and then refused to take any reward except his return fare home. In our family, we were taught what was more important in life is to do the right thing as opposed to accumulating material wealth. The pull was much stronger to serve the underserved. I kept finding causes that appealed to my desire to serve others. For the past five decades, I kept landing myself into situations that called for leadership that utilized my time and talent.

Here are two examples: My oldest sister recruited me raise funds to help eliminate a waiting list and recruit volunteers to deliver home delivered meals to the homebound elderly in Delaware from 1989 to 2007 as the founding chairman of Meals On Wheels in Delaware.

As organizer of TEDxWilmington from 2011 to 2018, I was privileged to give over 475 thought leaders a platform to share their ideas worth spreading with the world by giving TEDx talks that have attracted over 17.5 million views. As an immigrant to the United States from a third world country, I brought with me the courage to fail in this land of opportunity.

I have failed more often than I ever want to remember. My mother always taught me that failure was just a milestone to leave behind. My commitment to get up from each failure, stand up and go forward remains invincible.

As I stand here, honing my why, I’m convinced it started with my mother and the charge she set forth for me. As she went against the grain, breaking ancestral tradition, she passed the baton to stand up against the institutions that do not serve the greater good.

It is precisely why as I turn 65 this year, I have made a ten year commitment to create Green Jobs and create a new crop of Compassionate Capitalists by giving second chances to men and women returning from prison through the creation of indoor, hydroponic vertical farms and by growing pesticide-free, herbicide-free, fresh, local organic produce.