Creating the Bridge Between Capitalism and Altruism

Jean is the Founder of LoftySpot, a software platform designed to help community centric organizations such as churches, synagogues and libraries rent their underutilized space to bridge the revenue gap from declining congregations and budgets. Jean’s varied career in the private and non profit sectors inspired her to marry the spirit of altruism with the elements capitalism in creating this technology solution.

Like many liberal arts majors, Jean began her career in sales. This evolved to more sophisticated roles such as leading client account teams comprised of technical and operational resources culminating in the global launch of the Oracle Certified Professional Program in the late 1990’s.

Jean’s experience in managing teams and solving problems dovetailed nicely to leading program implementations for other noteworthy testing and assessment clients in the academic and professional licensure markets for Thomson Prometric (a former subsidiary of Thomson Reuters).

Before making a decision to take a break from “Corporate America” Jean led all business development activities including merger and acquisitions and strategic partnerships for Prometric. She was also responsible for re-branding the languishing product, DSST, which gave her experience in marketing to round out her business development and operational roles.

As a stay at home mom for the first time at age 40, Jean threw herself into volunteerism which was fulfilling and frustrating at the same time. There didn’t seem to be a place for the passion for improvement like there was in the private sector. In grappling with this realization and what felt like failure, the desire to be an entrepreneur and make a difference was born leading to her calling as a non-technical founder of a technology company.

The challenge of starting LoftySpot became the perfect combination of helping the community while compensating herself for the skillset she acquired throughout her career.

Jean graduated with a double major in English and French from the University of St. Thomas in St. Paul, MN. She resides in Swarthmore, PA with her husband Bob and three children, George, Lilly and RJ. 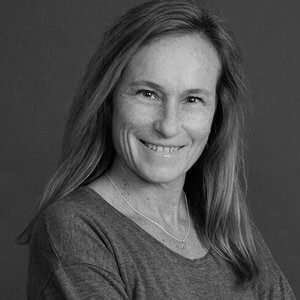 The snow day was called the night before replacing the morning routine of alarm clocks, lunch packing and shooing teenagers out the door with the solace of a mug of coffee in the silent kitchen watching snowflakes fall to the ground. The change up offered a time to reflect before my now discombobulated workday began.

You can’t have it all Jean – a seemingly innocuous declaration made by a female colleague years ago in Baltimore. Kelli (with an “i”) appeared to have it all in her St. John suits and cute sandals or flats depending on the season. The outfits were over the top but she had relocated from Dallas so maybe that explained it. Kelli (with an “i”) was the CTO, working 14 hour days while her husband lumbered around their McMansion feeding the cat and paying the bills.

There were four of us, members of a seven person executive team with a male CEO who admittedly was ahead of his time promoting women whenever possible as the century turned over. Between the four of us women we had four children and three of them were mine. The fourth lived with his father 100 miles away.

The “you can’t have it all” comment meant with no uncertainty that the pressure of climbing the corporate ladder was too great to bear when you had a spouse with an equally demanding job, constant child care challenges, viruses galore and relationships and a home to nurture. All of this was competing with my career.

My stay at home mom calling card finally came when my husband was offered a new job in a new city with an old boss he admired. He couldn’t say no so I broke the power of inertia and quit. After “the comment” and a near breakdown, I had purposely demoted myself into a part time job in marketing. It was much easier to manage than the role on the executive team, but I still couldn’t wait to leave Corporate America and it’s constraints on my value system.

The move happened, the kids were settled into their school but I was restless with so much time on my hands. I started by offering to shelve books for the school librarian. Then I joined the PTA and eventually branched out to local nonprofits and found myself running fundraisers and accepting board positions.

Through this volunteerism, I began to observe a lack of effectiveness, that seemed to stem from resistance to change and an underwhelming appreciation for business acumen.

This contrast between my success in the private sector and my failure to move the needle in the nonprofit sector was confusing at first but then it dawned on me that altruism and capitalism can and should co-exist. The goodness of wanting to help can be underscored by the ability to do just that.

The calling card to go back to work arrived with this realization. I channeled my deep commitment to bridging this gap. Imagine if non-profits could make more money by repurposing existing resources. I was dedicated to helping them find a better way to solve their operational issues and increase their revenue so they can help more people.

After all there is only one Mother Theresa, none of us can be held to that standard but we can meet in the middle and lead a society where capitalism meets altruism to operate at higher level.

As it turns out, you can have it all.