Ronda Renée has been called a modern day mystic with “x-­ray vision for your soul.” An international speaker, facilitator, three time best-­selling author, Life Fulfillment and Spiritual Business Mentor, Ronda has the unique ability for making the mystical practical.

Having learned that all the “things” we think will make us happy never quite seem to, Ronda went on an intense inner exploration that led her to discovering her life’s work of teaching people how to live, love and work from their soul.

As the creator of Divine Navigation®, Ronda teaches you how to align with the unique energetic qualities of your soul, your Divine Coordinates®, enabling you to fully embrace your Divine Design and live a life of deep meaning, purpose and satisfaction.

Knowing that true success and fulfillment can only be found by living and working in alignment with your soul, through her Business in Your Soul®  and Purpose Mastery™ programs, Ronda guides entrepreneurs and service professionals in identifying, designing and running the business in their soul so they can finally make the difference and the money they were meant to.

If you are ready to fully embrace who you are and create a life or business of deep meaning and fulfillment, Ronda is the guide for you. She is a passionate mentor and innovator for spiritual and business leaders to reach their true potential through experiencing their ultimate fulfillment.

“I invite you to choose you, to make yourself the love of your own life to live love and work as a soul. At the end of the day, it’s the only kind of success that matters.” 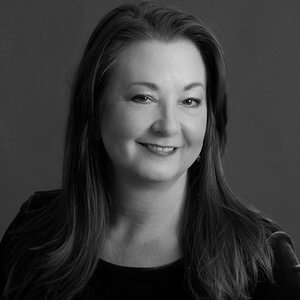 How many of us have ended up exactly where you thought you would in your life. Yeah, I didn’t think so. Neither my path is than anything but a straight line. The great thing is is that life is a way of making sure that you end up exactly where you’re meant to be redirecting course correcting otherwise, knocking you on here. Probably one. You never imagined or intended. For instance, I always dreamed of living in New York City and working in the fashion industry. Instead, most of my professional life. I’ve spent in Colorado in construction. How does this happen?There’s other things that you never planned to do that also end up happening. For instance, I never planned to have children. In fact, I planned to never have children. I have to, and they’re amazing adults today. I’m so glad someone else had other plans. Likewise I never intended to get married I did that two times as well. It’s that second marriage. That really was one of the most major redirects of my entire life.

Just a few months into my second marriage, I found myself fleeing the bedroom, and they mean fleeing in the middle of the night, and it wasn’t the first time. As I sat on the stairs, really trying to give myself a pep talk. Right. You can do this. Yeah. You can do this because you know you can do anything for 10 years. That’s what you do you work it out, you make it work. Then the next moment of voice came in and said, What?! Why would you do this for another 10 minutes, much less another 10 years? So in that moment, I had a choice to make. It was not an easy choice, but I made it. I chose me.

I chose me over what he wanted. I chose me over what society told me my life should look like. I chose me over all of the expectations that come in from every direction. You’re the only person that’s going to be with you for your entire life. Everyone else will leave at some point. I don’t say that to be cruel and morbid. But your children will grow up. And if you’ve done a good job and I’m sure they have. They’re going to go off they’re going to live their own lives. Partners come and go a lot more than we really care to admit. Your parents are going to transition. Because space, y’all get out of here exactly the same way. You’re the only one who you’ll be with. You can leave you, but you can’t abandon you. And we do that every day in small and big ways.

What I ultimately do is give you back to yourself, to have you see who you are at an energetic soul level, so that you can live the life you’re meant to live so that you can do the work that you’re meant to do. So that you are fulfilling the purpose you were sent here for until you choose you, none of that can happen. So today I invite you to choose you, to make yourself the love of your own life to live love and work as a soul. At the end of the day, it’s the only kind of success that matters.