Ginny earned her master’s degree in Clinical Psychology from Cal State Dominguez Hills in 1996 and launched her career as a Qualified Mental Retardation Professional (QMRP). Ginny implemented, evaluated, and monitored program development for developmentally disabled adults, as well as created new training and orientation programs for facility staff. Over the next 16 years, Ginny assisted in opening two six-bed board-and-care facilities for developmentally disabled individuals. Ginny then became Director of Social Services in rehabilitation facilities. Her passion for operations led her to obtain licenses as a Nursing Home Administrator and an Executive Director for RCFEs (Residential Care for the Elderly).

Ginny joined Keen Home Care in 2006 and serves as the VP of Operations and a Life Care Manager. Her managerial background and psychological training lend themselves well to assist, educate, and collaborate with seniors, families, and care teams in managing difficult behaviors, end-of-life issues, transitions in care needs, and strategic planning. Ginny routinely helps families have difficult conversations and complete necessary documents (Durable Power of Attorney for Healthcare and Finances, and Advanced Directives) to ensure their affairs and care wishes are honored.

Somewhere along her professional development path, Ginny found time to raise four amazing children, who live with her in her Long Beach home. Ginny enjoys cooking, dancing, music, and keeping pace with her playful bunch.

“My promise is to water their lawn, tend to their garden and help them bask in the sunshine, right up until the end of their beautiful life.” 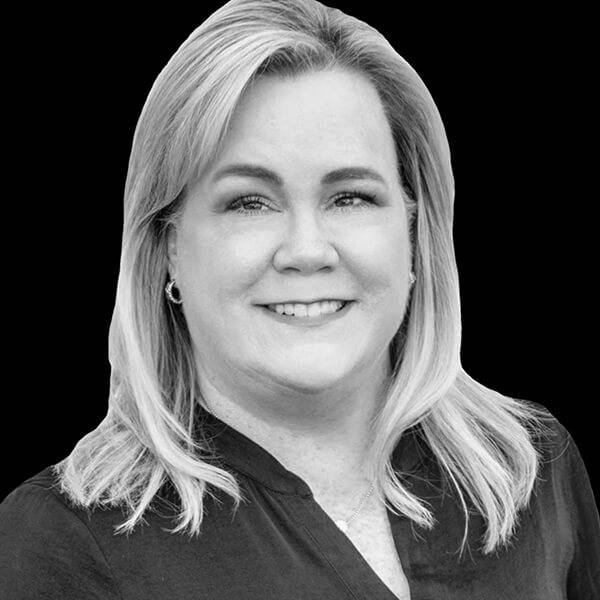 You know that saying “the grass always looks greener on the other side?” Well, when I was a teenager, I felt like the referee standing on the fence in between two browned out front-lawns. My mother on one side and my father on the other. Both of them were trying to raise two young girls the best they could.  I was only four years old when my parents divorced. My older sister Katie and I spent the next ten years with my Mom and summers with my Dad in another state.

When my sister turned 14, she told my Mom that she wanted to go live full time with our father. When I saw my attention-seeking sister pack her bags for good, I thought it was a dramatic stunt. But after weeks of seeing her empty room, it seemed my sister and I got divorced too. Katie thought the grass was greener at my Dad and stepmom’s house and the act of making this a permanent move, left me holding the pieces of my mother’s broken heart.  My mom spent an entire year pining for my sister’s return and it was a hard lesson for all of us.

Looking back on that time, being the mediator, trying to keep the peace between my mom and sister, it took a toll on me. But somehow I learned that it wasn’t about me and I could remove myself from the wider drama that played out before me.  Managing the muck of the trenches, allowed me to trust my intuition, be a good listener and gently dig deeper into the root causes of someone’s pain. So when clinical psychology grabbed my attention in college, I knew it was a way to take my teenage in-the-trenches training and put it to good use to help others.

One of my first assignments was as a social worker at a nursing home where I met an African American resident named Pennelope. I felt an immediate connection and adoration for her.  The day we met she insisted I call her Pen.  Pen was a highly academic woman, educated in the 1950’s. She broke barriers not easily afforded to women her age and race. Although she built a luxury life for herself and reached the top of her profession, it wasn’t an easy climb. I loved her stories and she didn’t hold back on the struggles. But her overall easy going, non-judgemental openness made me so drawn to her.  As a new amputee, placed in a nursing home for rehabilitation, Pen had a hard time seeing the light at the end of the tunnel. She missed her home and all the comfort it offered her.  So I started spending my days off, taking her out of the facility and driving her to her old house, just so we could sit in her library, surrounded by every book she ever read, and talk about life.  She taught me to take care of my side of the street and not waste time comparing myself and my life circumstances to others.

When I arrived at work one Monday morning, I was told that Pen had died in her sleep. I was devastated.  A nurse that I worked closely with said, “You will get used to it”. But how do you get used to death?  I didn’t think I could continue to work with the elderly. Why give so much of yourself, get so connected only to see them die one day?  So after a three year sabbatical, I realized that it was the elderly that made me feel alive. It’s their stories and their struggles that leave me feeling better than before I met them. I realized that by staying connected to them, making them feel heard, loved and acknowledged up until the day they pass away, is the kind of gift I can give to them freely. And besides, they definitely don’t believe in the grass is always greener, bullshit. My promise to them is to water their lawn, tend to their garden and help them bask in the sunshine, right up until the end of their beautiful life. And as my grandmother said on her deathbed, don’t cry for me, I’ve had a good life.  Take your life and celebrate me!